We should all take a minute to applaud diebesgrab.
Reactions: Dosa with spice and TheSexinati

diebesgrab said:
Thanks to both of you. I went ahead and used Stes's map as my base, and butchered it cobbled together a version with highlighted points of interest. Which took about 1000 hours in GIMP since I'm used to Photoshop but my version of Photoshop doesn't frigging work on my new computer and rarrghfragglbraaztiglh—er, never mind.

(Apologies to both Stes and Venus Noire for doodling all over your hard work.)

Anyway, I'll be cobbling together another version showing optimal routes eventually, but for now this should maybe be helpful. I'll post a link to this post in both my previous guides. Also if you're gonna Like, Like Stes's and HK51's posts instead of mine, I was too lazy to make my own damn map.

Without further ado, the Annotated Map of Rosaria:

Holy balls this looks great! Glad to see my map being upgraded. Now all we need is a Completionist's savefile to throw around and a more detailed Scene List guide on how to properly use UnRen in SoC.

Edit: Now that I look at the map, I realise that we really need a third portal somewhere near Rastedel. Perhaps in the Eastern/South-Eastern region of the map near the big forest where I presume we'll eventually meet goblins?
Last edited: Sep 14, 2019
Reactions: SparX058 and TheSexinati
I

I always get executed no matter what.. even if I follow the quests and do as i'm told.. I get murdered in the throne room.. Any tips or is this supost to happen?

Isamu said:
I always get executed no matter what.. even if I follow the quests and do as i'm told.. I get murdered in the throne room.. Any tips or is this supost to happen?
Click to expand...

The first link in my signature should help. If not, let us know what specific issues you’re having and we’ll try to offer some advice.
Reactions: TheSexinati
I

diebesgrab said:
The first link in my signature should help. If not, let us know what specific issues you’re having and we’ll try to offer some advice.
Click to expand...

Thanks that did help a lot of those things I did not know!

Was there more content added to the Alexia NTR scenes? If so I can't get it to pop. Bried non spoiler on it so I know when I've hit it? Maybe a hint of what i need to do to make it appear?
S

Think I have seen a total of 3-4. Unsure really. Think they will 'finish' the first part of the Adr - Alexia NTR route after the big city. I suspect that's what you are asking. As she can fuck a lot of other characters as well.

Does anyone have a save or somethign with all unlocked scenes? I've played this game throuugh like 5 times and can't unlock the new Andreas scenes or some others.

I noticed that only 3 of the villages are paying out any income. It makes exploring the map for them a bit of a wast of time and adds to other already grindy elements making the game less fun to play.

I cant unlock a lot of the new Alexia stuff either it seems.

I know the Devs read this thread so let me give some feedback:

iainmore said:
I noticed that only 3 of the villages are paying out any income. It makes exploring the map for them a bit of a wast of time and adds to other already grindy elements making the game less fun to play.

I cant unlock a lot of the new Alexia stuff either it seems.
Click to expand...

There’s a bug where several of the village capture events don’t actually result in a captured village being added to your statistics. The only ones that seem to work are the “generic” events (the ones that open with a choice of whether to capture or trade with the village over a black screen), as well as the corrupt nobleman event (where a nobleman tries to bribe you with floozies) and the “old ways” event (where Rowan stumbles on villagers about to make a human sacrifice) seem to properly register the village as captured. I recommend savescumming for those events; the devs are aware of the issue (I think), but I’m sure it’s fairly low priority at this stage of development.


Zer0zero said:
I know the Devs read this thread so let me give some feedback:

I kinda disagree that the concept is flawed—it gives her a very solid reason to hate Andras and resist his future advances as strongly as she does—but I think the execution could have been slightly improved—having Alexia give in there as completely as she does does rather strongly point to a route where Alexia may be less vehemently loyal to Rowan than she tends to act after the prologue, but as far as I can recall, there doesn’t seem to be any significant effect resulting from making those choices in the prologue.

The whole Andras/Alexia relationship does seem to jump back and forth a bit. You’ve got scenes like in the bath, after Helayna is claimed, and with the drider* where Alexia seems to be on the verge of giving in to him by the end, but she generally seems to have reset to the default of strongly wanting nothing to do with him in the beginnings of scenes played afterwards. That said, part of this is doubtless a problem inherent in letting us play these scenes without a necessarily structured order; and I get the feeling the writers may be trying to make it feel like a case of “the lady doth protest too much.” It is a bit messy, though, or at least it was in the last version I played. Maybe the mid-corruption Andras scenes tie things together better than they’d been back in 0.2.43 or whenever.

*Just for the record for our writing staff, while I’m talking about it, that drider event is definitely my favorite AndrasxAlexia scene that I’ve read so far. I know I tend to vocally support the JezeraxAlexia relationship way more, but that was a great execution of the power play between the characters involved—it seemed to make Alexia’s willingness to submit much less the sole product of the threats and physical power, and more something coming from within her; and then with her dominating others as a part of her own submission was itself a really nice touch, one I hope we see more of in general.

Anyway, more scenes like that for the Andras route going forward would very much be appreciated.
Last edited: Sep 19, 2019
Reactions: Not_A_Horse, HK51 and sunaboz

To add to previous comment, instead of savescumming, you can add villages through console, as next:

where # is number of villages to add into your twins domain. But this won't change the domain income though, so you also need to change it manually by typing in console:

where ## is money to add. For the record the income from one village seems to be somewhere 15 gold.

So - someone said there was a scene with Alexia Andreas where Rowan and Alexia are arguing in the morning and Andreas comes in the room... I can't get that scene to spawn.
D

Zer0zero said:
So - someone said there was a scene with Alexia Andreas where Rowan and Alexia are arguing in the morning and Andreas comes in the room... I can't get that scene to spawn.
Click to expand...

You have to claim Helayna. Then, Rowan and Alexia will argue about his decision and she will lock herself in her old room. After that, you must let Andras in.

BTW, does anybody know if the Roisin/Alexa CGs that MDN did a while ago will be used in the game?
Last edited: Sep 19, 2019

They will be used, but iirc the Nemesis system is quite a ways away.
L

>inspired by the worldbuilding of Berserk
>ntr tag 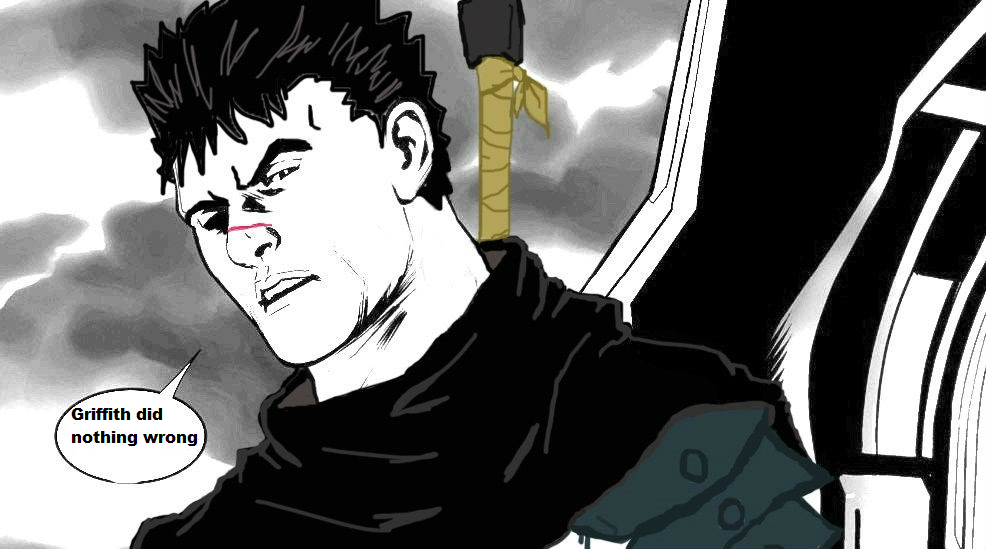 Yeah Guts would never say that, even if his life depended on it.
Reactions: TheSexinati
L

Game needs a walkthrough badly, i made it to week 19 and i still dont know wtf the game wants me to do or what im supposed to do
Reactions: Jeancul

Literally two posts above you, in the posters sig. Reading comprehension is a useful life skill, btw.
Reactions: Not_A_Horse, loorah, Stes and 1 other person
Show hidden low quality content
You must log in or register to reply here.
Top Bottom
4.30 star(s) 64 Votes